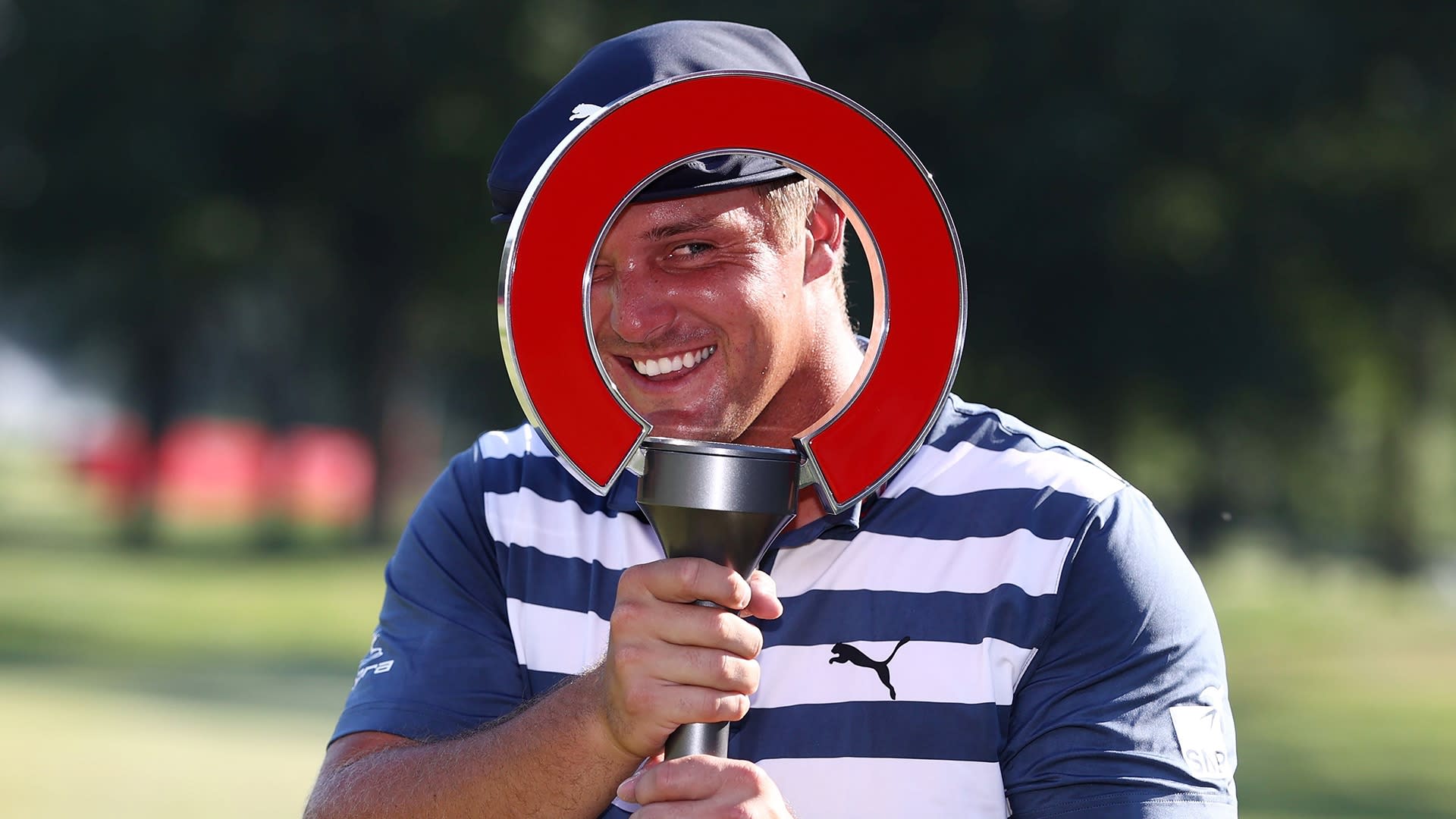 Sunday was a good day for Bryson DeChambeau, the player and the brand. And there will likely be many more as the game’s foremost innovator continues to hone his protein-infused craft. 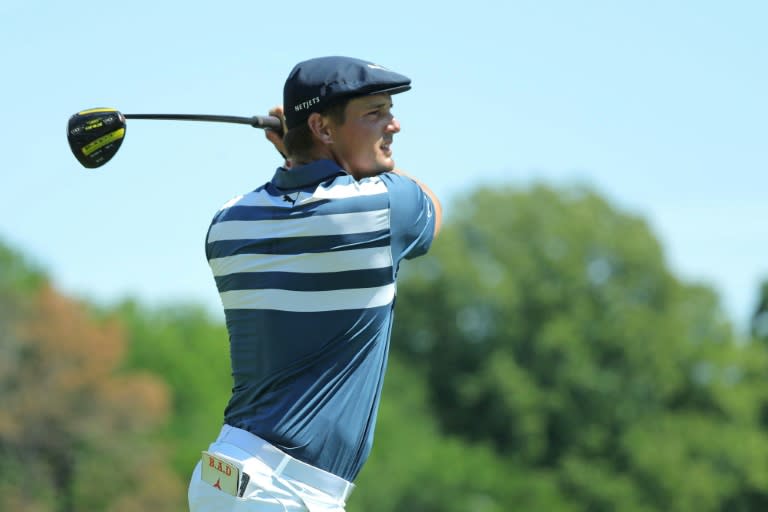 Bryson DeChambeau held off overnight leader Matthew Wolff down the stretch Sunday, firing a final-round 65 to capture the Rocket Mortgage Classic by three strokes. DeChambeau continued his storybook start to the pandemic-stunted season, finishing the week at 23-under 265 to claim his sixth career win on the USPGA Tour. "I played really well on front nine and struck it beautifully," said DeChambeau. 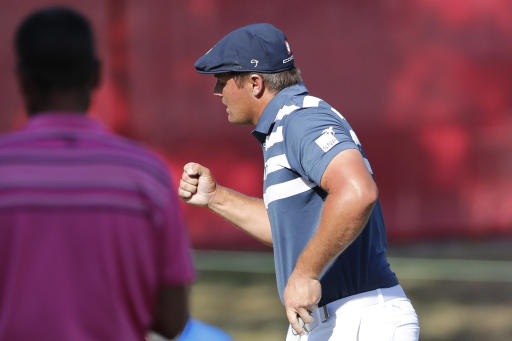 Bryson DeChambeau pounded protein shakes and lifted iron to transform his body, adding 40 pounds of mass, and changed his game to put a premium on power. With jaw-dropping drives and some clutch putts, DeChambeau won the Rocket Mortgage Classic by three strokes Sunday for his first victory of the season and sixth overall. ''This is a little emotional for me because I did do something a little different,'' the 26-year-old DeChambeau said. 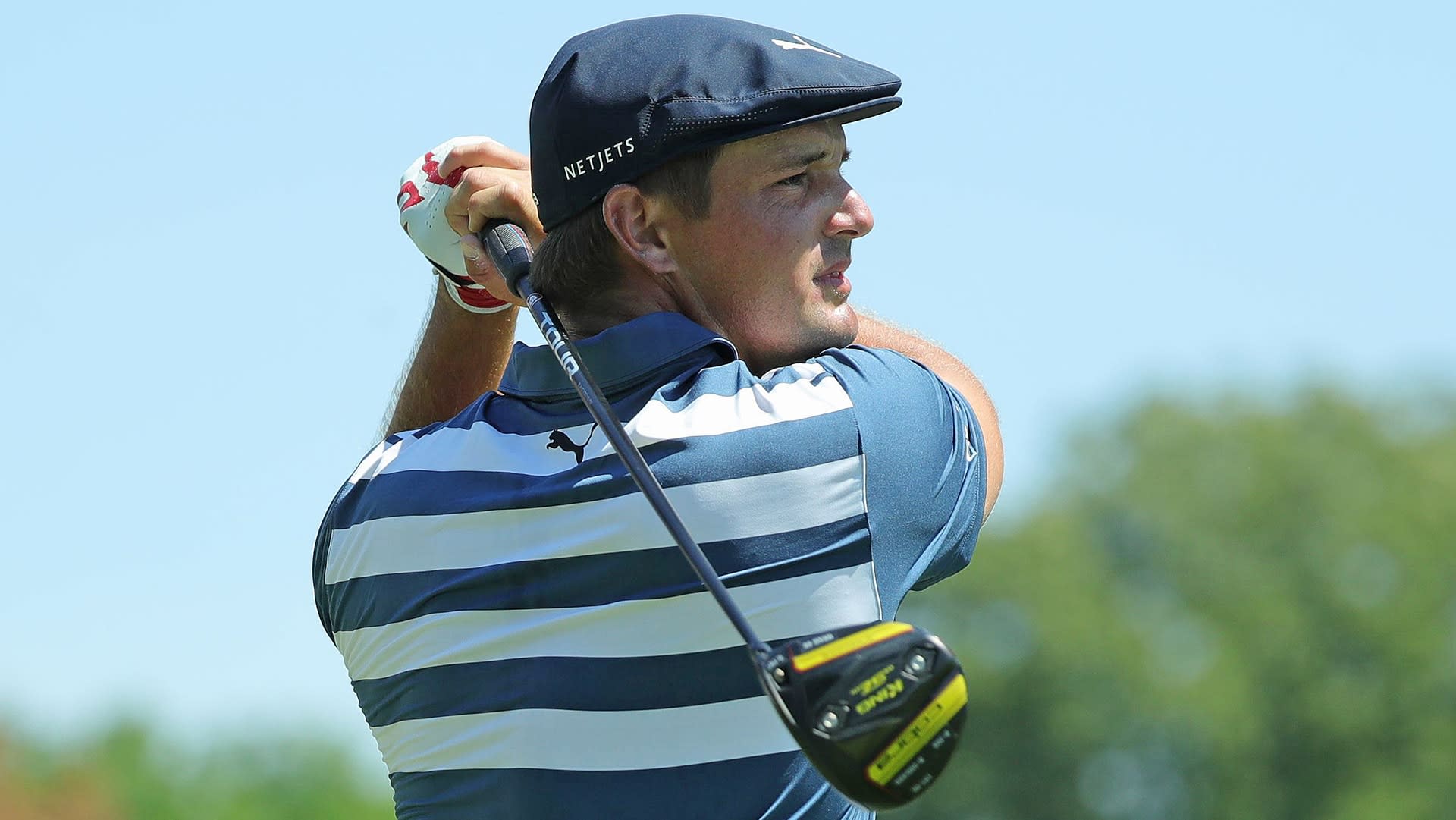 FedExCup points and purse breakdowns for winner Bryson DeChambeau and the rest of the players who made the cut at the Rocket Mortgage Classic. 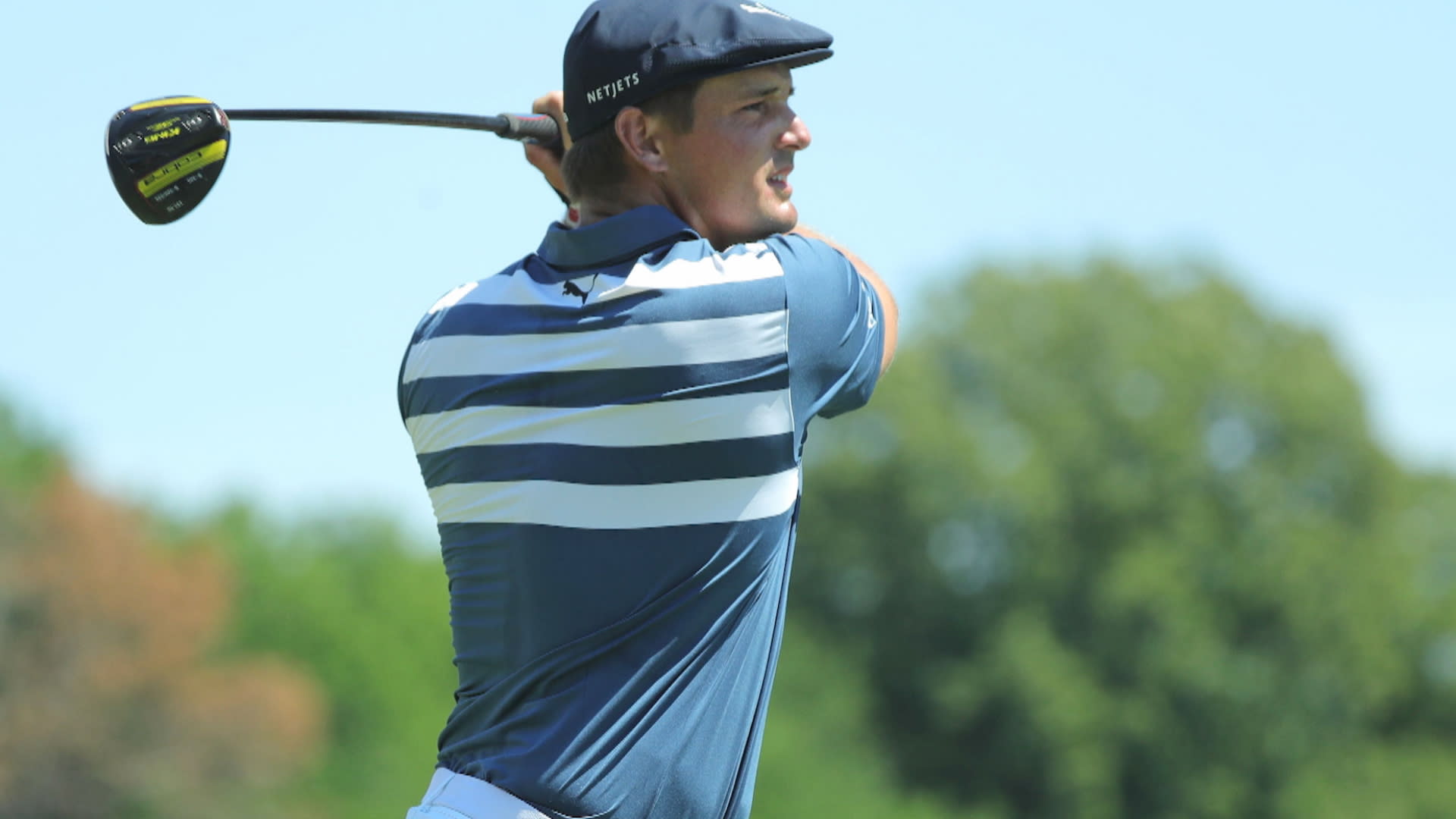 In the final round of the 2020 Rocket Mortgage Classic, Bryson DeChambeau carded the low round of the day with a 7-under 65, getting him to 23-under for the tournament to grab his sixth-career win on the PGA TOUR. 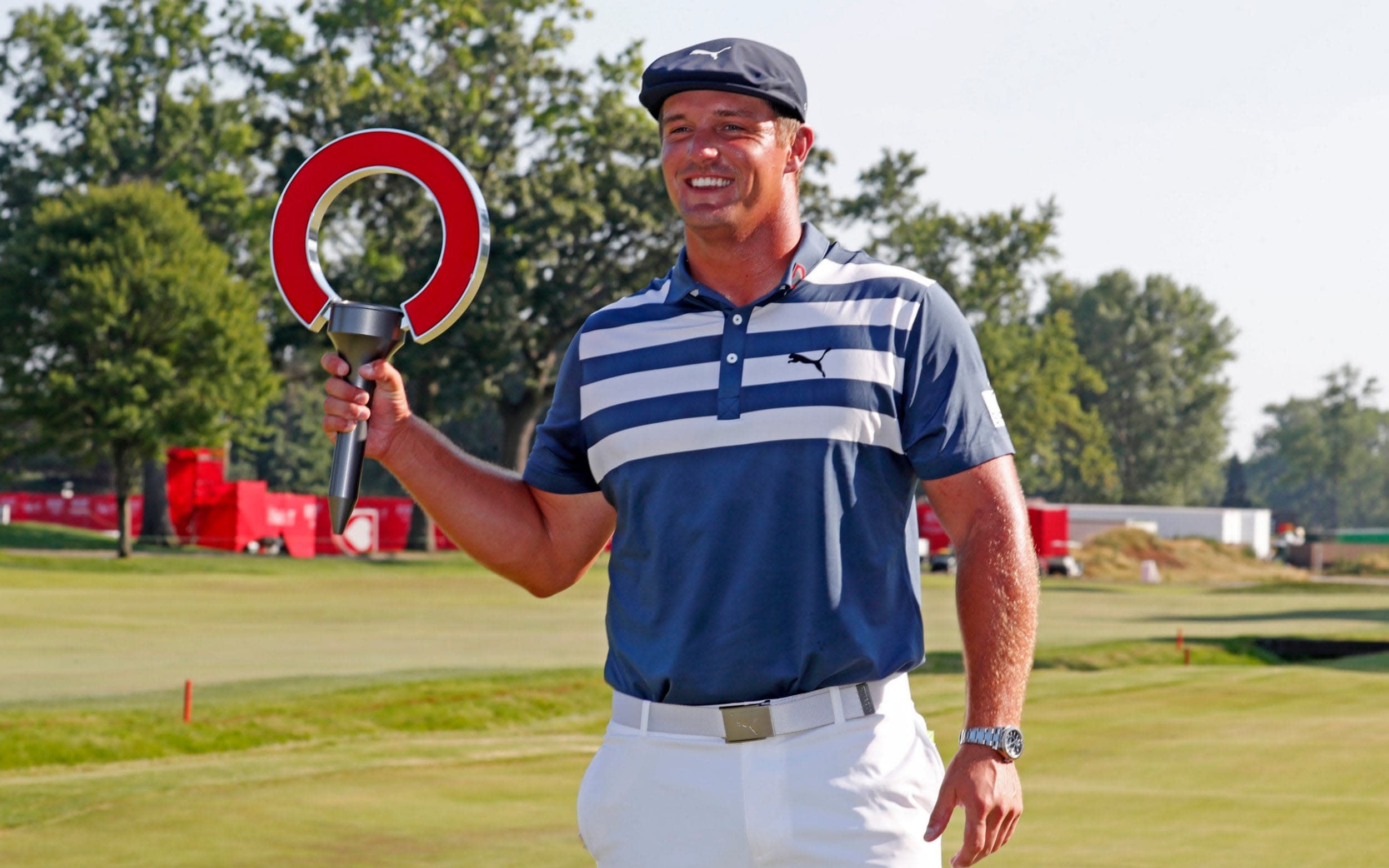 The day after Bryson DeChambeau demanded privacy on the golf course, the American made it impossible to ignore him. No doubt the young American is controversial, but nobody can deny that he has what it takes to fascinate after this bludgeoning victory at the Rocket Mortgage Classic. “This is the start of the brand new Bryson DeChambeau,” Sir Nick Faldo said on the CBS broadcast. And even in 24 hours, this unique character from California managed to transform himself from the ridiculed to the respected. On Saturday in Detroit, DeChambeau unleashed a whine for the pampered ages, complaining that a cameraman had dared to keep filming when he was embarking upon a typical strop in a greenside bunker. “I understand it’s his job to video me, but at the same point, I think we need to start protecting our players out here compared to showing a potential vulnerability,” DeChambeau later said. “To damage our brand like that, that’s not cool.” On Sunday night, DeChambeau, 26, made sure his “brand” profited from his sixth PGA Tour victory, thanking them all in Oscar-like style. Whatever the reservations, credit must go to DeChambeau for his first win since his remarkable transformation. He has put on 40lbs in the last year to establish himself as the biggest-hitter in the game and 20lbs in the three-month lockdown. DeChambeau has vowed to revolutionise the sport and this was emphatic, eye-straining evidence of a layout being ridiculously overpowered. The arguments will rage about what should happen next and whether the governing bodies will finally act to arrest the demolition of their fields of play. Yet if DeChambeau’s continuing attack on the distance charts results in a turning point for a game desperate to counter this bomb-and-gouge culture then this, too, could be seen as a personal advance through the crossroads. His mission is on track. This was DeChambeau’s eighth top 10 in succession since he change his name by deed poll from the Mad Scientist into the Incredible Bulk and he moves up to world No 7. His round average in the 16 rounds since returning from the hiatus is just over 66. He is now a combined 67-under par in those four starts since the Tour's restart.